Posted in: Who Uses AcuRite
No comments

The 10th Annual Indiana Storm Chaser’s Convention will be held November 21st – 22nd, 2020, with an ice breaker event to kick things off Friday evening on November 20. The Indiana Storm Chaser’s Convention was founded in 2011 by storm chaser and meteorologist, Joseph Cooper, to bring together storm chasers in Indiana and nearby states. Over the last nine years, the convention has grown to include storm chasers and spotters, meteorologists, students, researchers, and members of the public from across the United States and even Canada. The convention now has 150+ attendees each year, with 2020 expected to be the biggest convention yet. We’re very excited to extend this year’s 10th-anniversary convention to a two-day event, offering more speakers, lots of giveaways, commemorative t-shirts, and a highly-requested keynote speaker! More information on the convention can be found at indchasercon.com.   The event is open to any weather enthusiast, storm chaser, meteorologist, and the public! And is not limited to those in Indiana.

While the convention only occurs once per year, the storm chasing community stays in touch year-round, doing what they do best- chasing storms. Aside from coronavirus times, storm chasers meet up across the country in areas under severe weather warnings, such as across the Plains or in Tornado Alley, In the off-season, chaser meet-ups, other weather-related events, and social media are all ways everyone stays in touch.

“See you under the meso (cyclone)” is the common phrase you’ll hear among these groups – indicating they are heading out for a storm chase.

Some storm chasers like myself are minimalist and enjoy storm chasing with just a camera and phone. On my phone, I typically track radar on RadarScope and use the Storm Prediction Center mesoscale analysis for storm development. Physical maps can be more beneficial since they indicate what type of roads are coming (e.g. paved versus dirt) but are much more time-consuming. Some chasers prefer full mobile weather stations, mounted laptops, and several mounted cameras for live-streaming. While chasing, we monitor current weather conditions such as temperature, dew point, wind speed and direction, instability in the atmosphere, and satellite images for where cloud cover is located and where new storms may be developing, among several severe weather forecasting parameters that we look at ahead of time. Many storm chasers are also HAM radio operators and use those to communicate with the National Weather Service and other emergency personnel.


You can find more information on Indian Storm Chaser Convention on our website, twitter @inchasercon, and on Facebook /inchasercon. AcuRite is also listed under our Sponsor, Booth, and Raffle pages on our website, and will be featured on the back of our commemorative t-shirts! 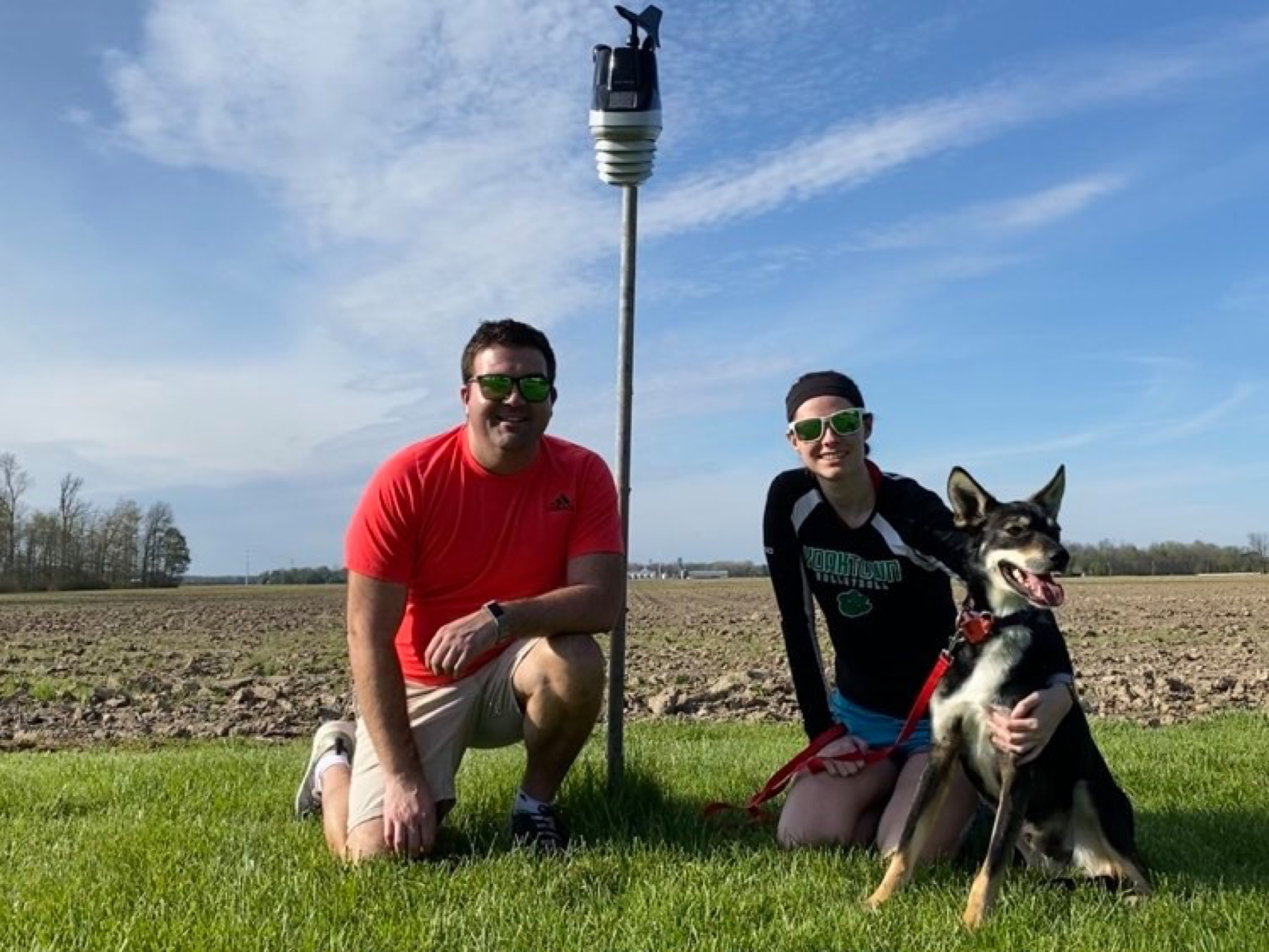 I'm a proud owner of an AcuRite Atlas™, which I won from Storm Front Freaks, a severe weather podcast. I love it! I live out in the country and have it mounted in my back yard. We closely monitor rainfall due to the low-lying farmland and while taking care of our garden.  I receive lightning alerts to my phone, which I love. It does occasionally send false positives. As a degreed meteorologist, I love "nerding out" over the changing conditions!