Northern California experienced a significant January heatwave during a long break between winter storms. This high heat from January 15 to 17 broke some records at multiple National Weather Service locations throughout the Bay Area. On January 17, my location reached a high temperature of 83.1 °F (28.4 °C), while the nearest NWS location in Livermore broke a record that day with a high of 76 °F (24.4 °C). You can see from the record report below, San Jose reached up to 78 °F (25.6 °C) that same day. The following day, Santa Rosa even reached 80 °F (26.7 °C), which was 16 °F (8.2 °C) degrees above normal! 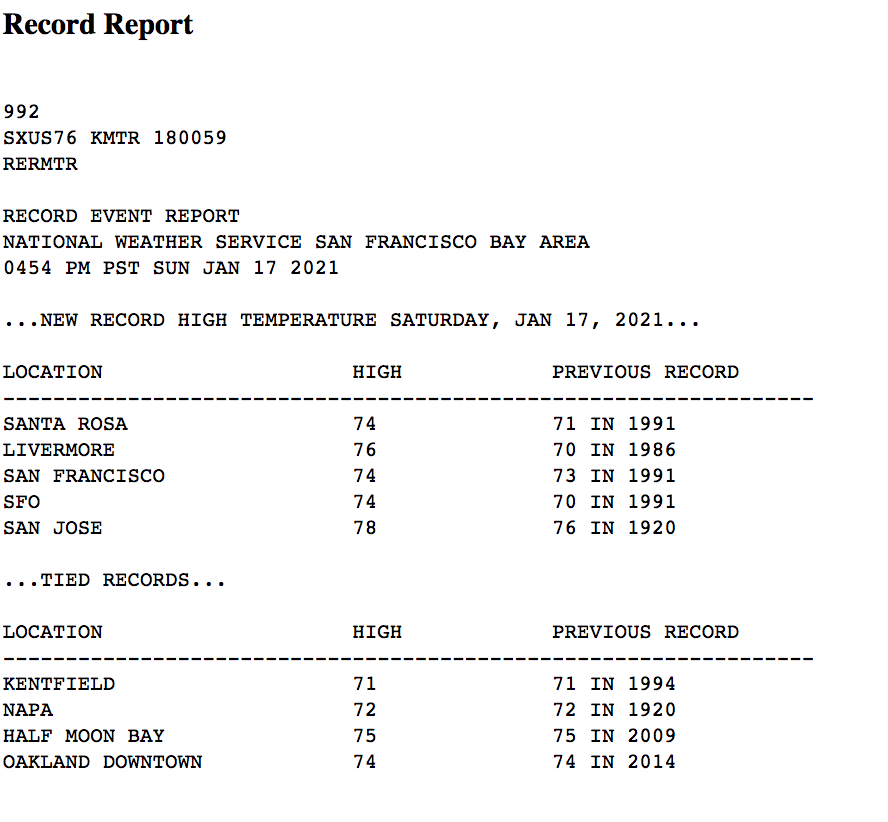 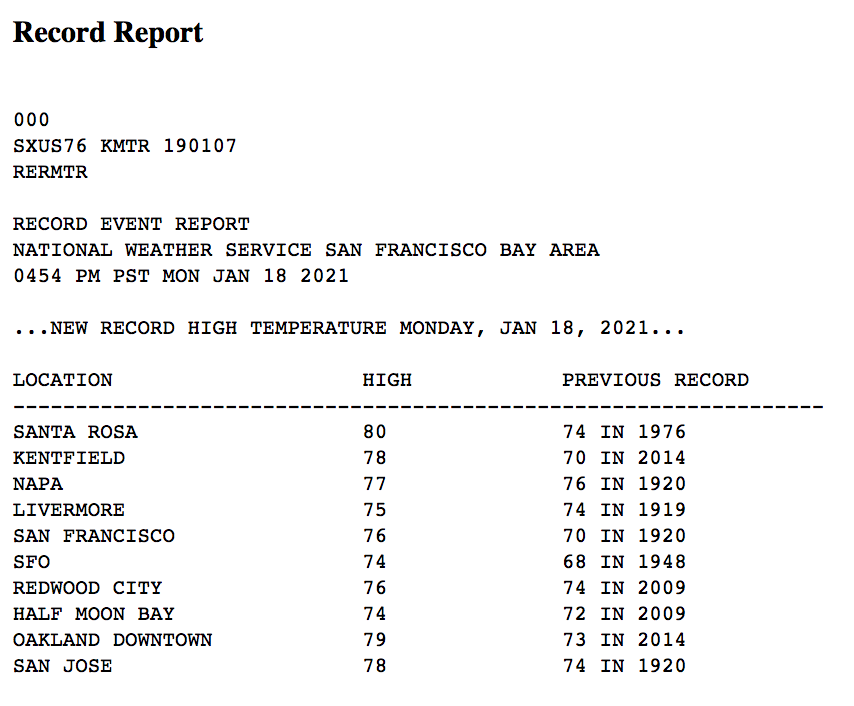 After three days with unseasonably warm temperatures, strong winds affected the region. My AcuRite Atlas™ wireless weather station reported sustained wind speeds of 25 mph on January 17 and 29 mph on January 18, capturing the strong winds associated with this system that increased fire risk. These rare January wildfire conditions did allow for a few fires to spark throughout the Santa Cruz mountains, reported on January 19, but are all now 100% contained per CalFire 2021 incident updates.

As reported by My AcuRite™ dashboard, the total observed rainfall for January was 3.66 inches. The highest reported daily rainfall total occurred on January 28, where 1.45 inches of rain fell, almost the same amount of rainfall that my AcuRite Atlas reported for the entire month of December!

This strong atmospheric river event brought heavy rainfall and high elevation snowfall to Northern California for nearly one full week. Many locations reported over 3 feet of snow with this system, which pushed California’s snowpack up to 69% of normal. The state’s snowpack, or water reserve, had dropped as low as 38% of normal on January 24, as seen below. While this system was helpful, as you can see by these numbers, the California snowpack is still well below where it should be for this time of year. 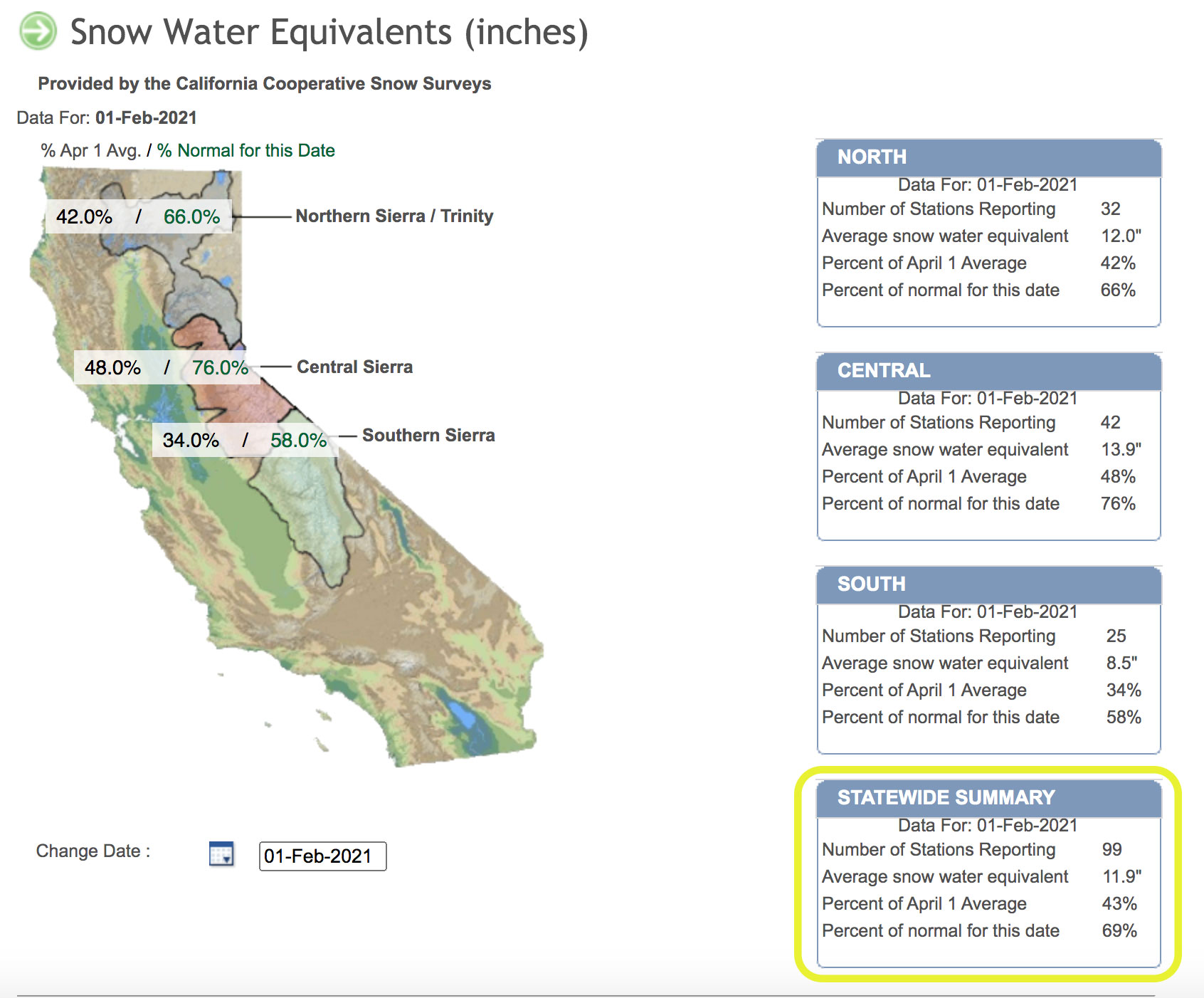 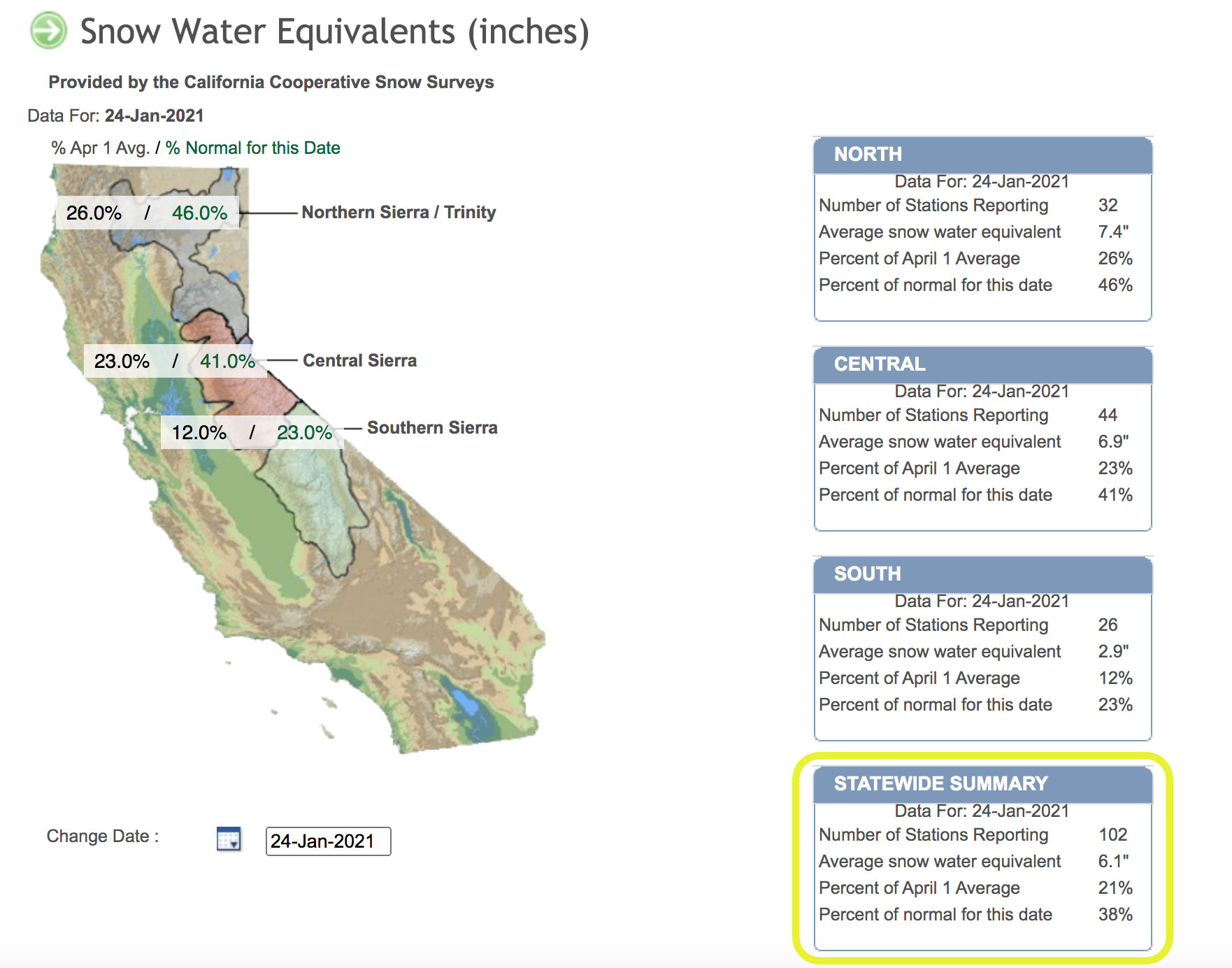 What did your January weather look like? How does your AcuRite weather compare to local NWS official records? Share and discuss in the comments below! (Here's a reminder of how to find your local NWS data.)