September Rainfall for the Pacific Northwest

Seasonal fall weather returned to the West Coast in September as a low pressure system moved over the Pacific Northwest and brought abundant moisture onshore with it. Rainfall developed ahead and along a cold front associated with this system as it pushed through the Pacific Northwest and into Northern California. Wet conditions continued the following week, with additional moisture associated with an atmospheric river event that brought much-needed rainfall and even record-breaking rainfall days for locations throughout the region. Portland, Oregon, reported 1.14 inches on September 19, breaking the old record of 0.97 inches for that day in 1988. In the Seattle region, 1.67 inches was reported at Hoquiam Airport, and 2.14 inches was reported at Quillayute Airport on September 26, breaking the old records of 1.31 inches and 2.08 inches set on that day in 2011, respectively. 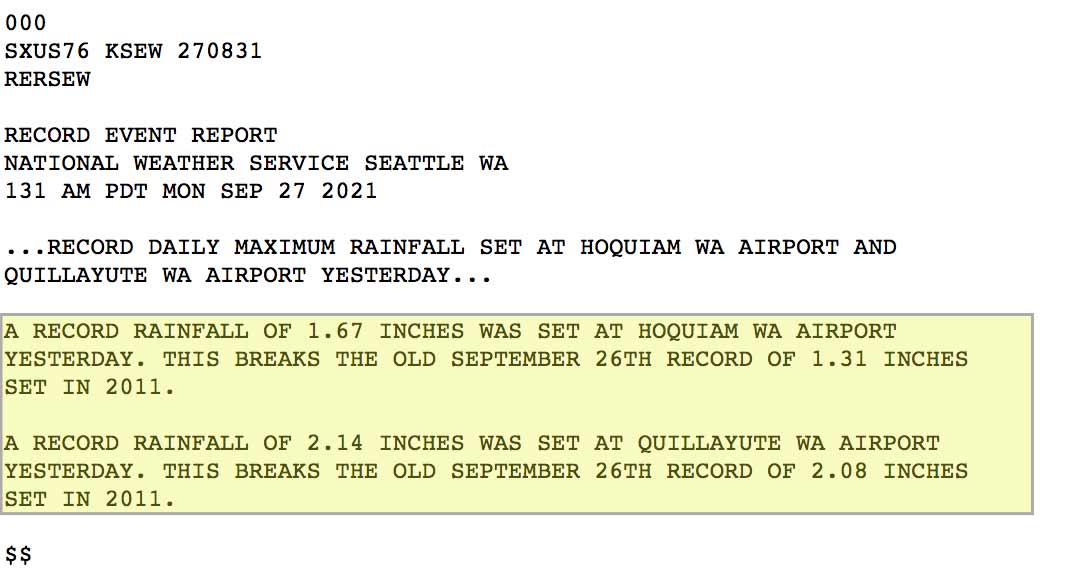 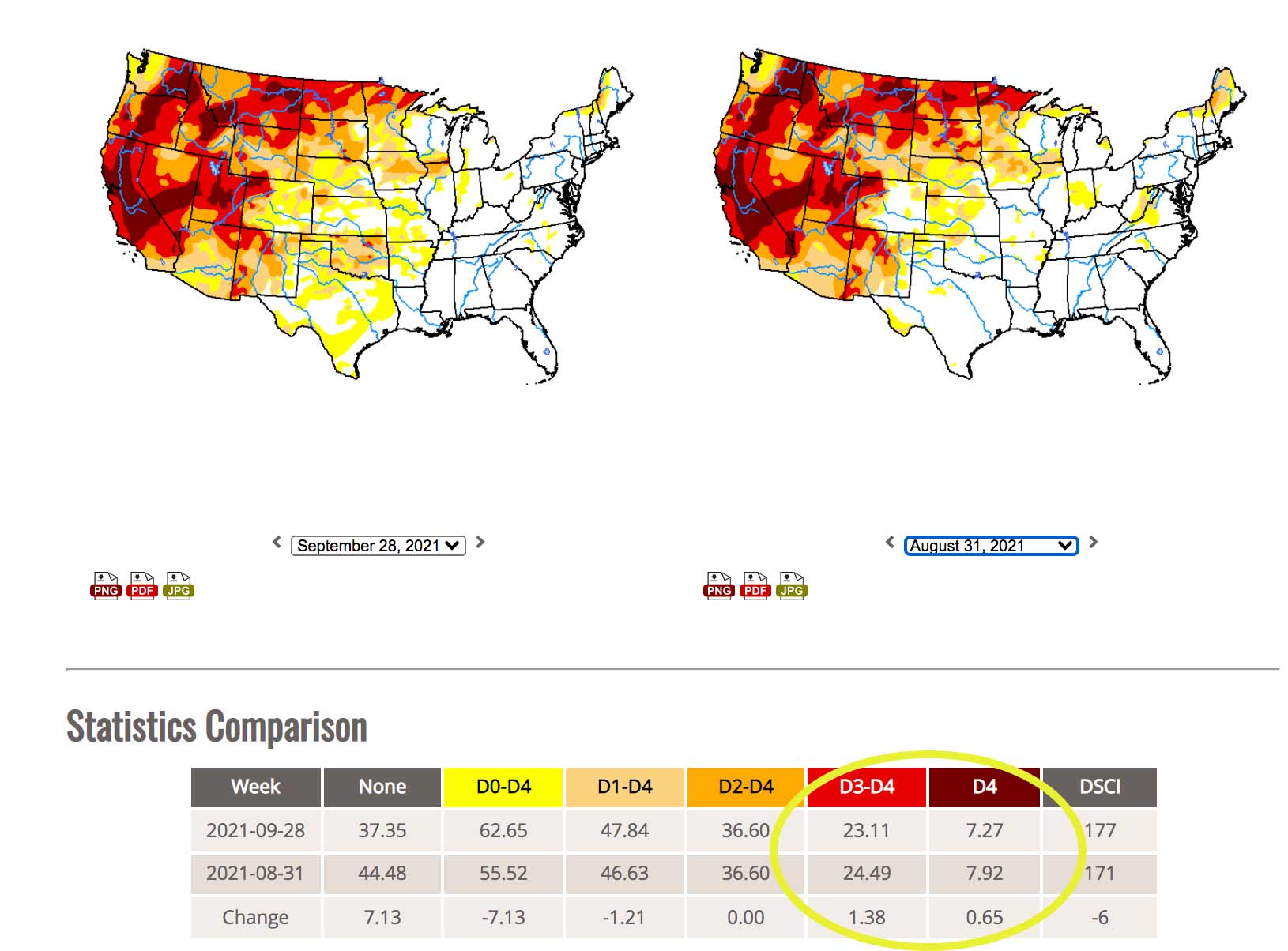 This fall weather pattern brought little rainfall to Northern California in September, but it did bring cooler temperatures and some days of mist and drizzle to the Bay Area. Although official rainfall reports ranged from Trace to 0.02 inches on September 18 and 19, the cooler conditions and moisture in the air were still helpful in reducing California's fire risk as we head into the last few weeks of fire season. My AcuRite Atlas® home weather station recorded a monthly rainfall total 0.01 inches of rainfall, which also occurred on September 19. While the region experienced more mild and seasonable temperatures during this event, unfortunately, we also saw an early September heat wave as well as a late September heat wave. My AcuRite Atlas measured temperatures over 100 °F (37.7 °C) three days in September during two separate heat waves:


See the September rainfall data and the California September heat waves below from my My AcuRite® data. 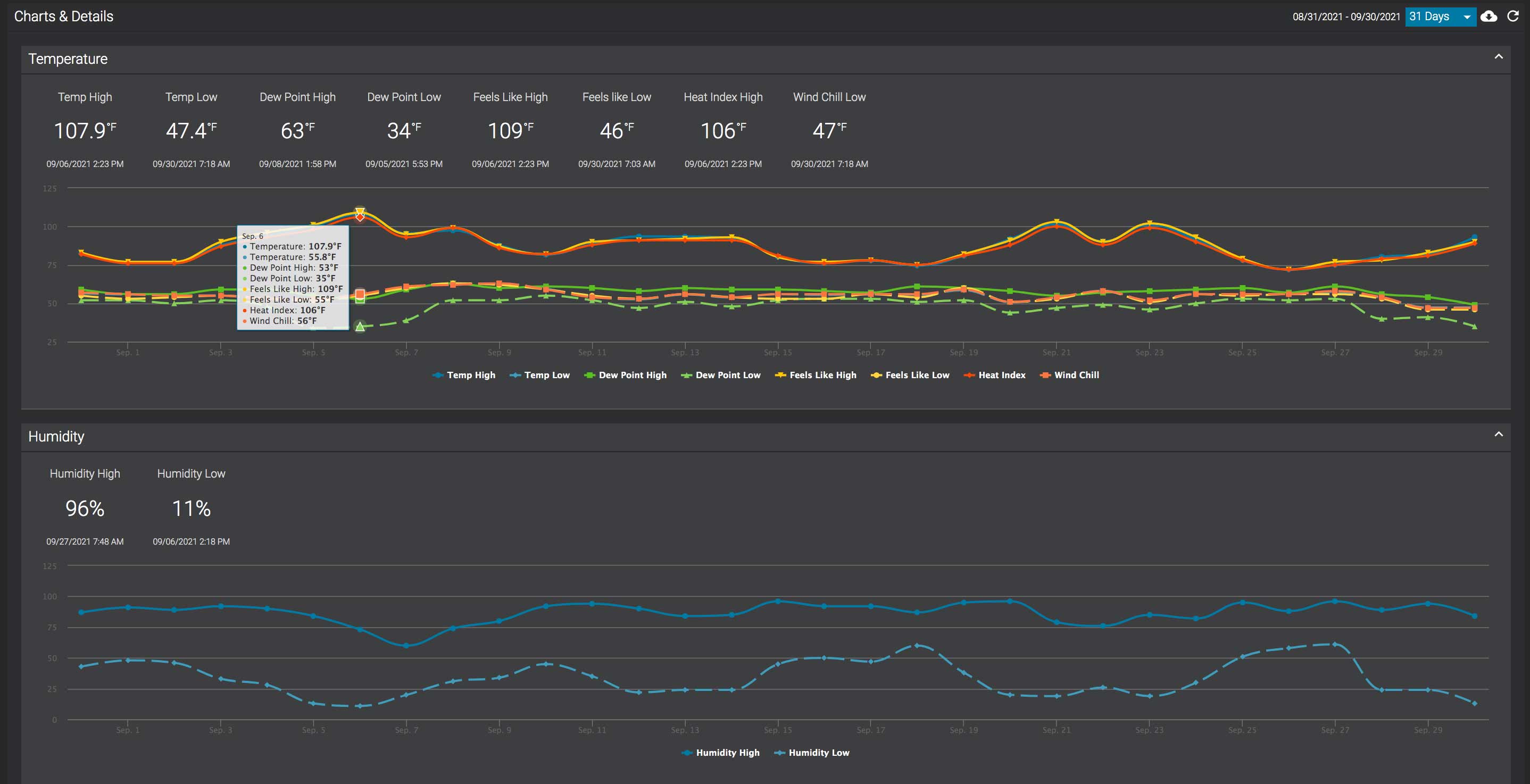 Is anyone reporting from the Pacific Northwest that can share the rainfall data reported by their home weather station? Or any interesting weather stories to share? My kids were sure surprised when they saw the mist and drizzle that morning of September 19. My 3-year-old asked, "Mom, what's happening? What's that?" With no rainfall experienced at our house since April 25, 2021, it's no wonder he was confused! Share and discuss your stories below!