Tornado Alley: Where and Why?

Tornado Alley: Where and Why?

The Storm Prediction Center, a branch of the National Weather Service, is responsible for issuing severe weather statements, advisories, and watches.When severe weather is a threat, they work with your local NWS office to issue warnings to keep the public safe during dangerous conditions.

The SPC maintains a database of all tornadoes and their tracks since 1950, some records even go into the 1800s. They have many tools to view tornadoes based on strength, track, duration, and month.

This map of the Average Number of Tornadoes Annually (1951 to 1999) is helpful to understand where tornadoes generally occur. From this, it is easy to see where Tornado Alley sits: extending northward through the Plains from northern Texas, into Nebraska and Iowa. 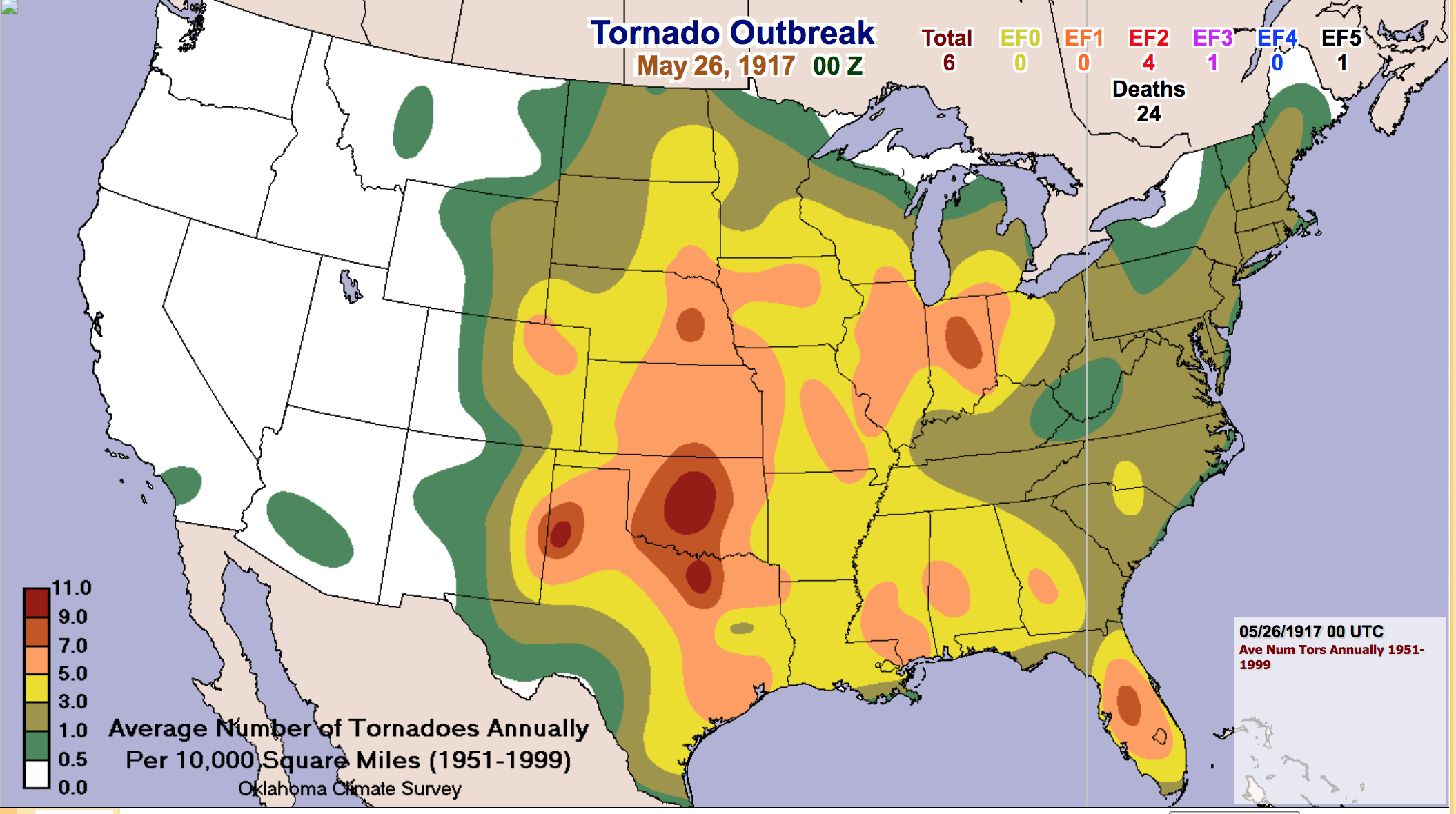 Tornado producing thunderstorms are more likely to develop in this stretch of the Plains due to the geographical layout of the region.Storms that move eastward off the Rocky Mountains pull warm and moist air in from the Gulf of Mexico. At the same time, the counterclockwise rotation of the system also brings cold and dry air in from the north. The warm and moist air creates instability and rising air, which is needed for Thunderstorm development, and if the jet stream creates strong winds above, this increases the wind shear and allows the storm to further strengthen into possibly a supercell thunderstorm. Supercell thunderstorms are the strong and organized thunderstorms which can produce tornadoes.

I have included a couple other interesting maps from the SPC:Month of Maximum Tornado Threat is helpful in understating where tornadoes are more likely to occur in each region.Due to the warmer air in the South, Tornadoes can develop as early as April from Missouri to Georgia, as the summer heat kicks in, the tornado likelihood extends northward up the Plains and into the Great Lakes and Northeast regions by mid-summer. 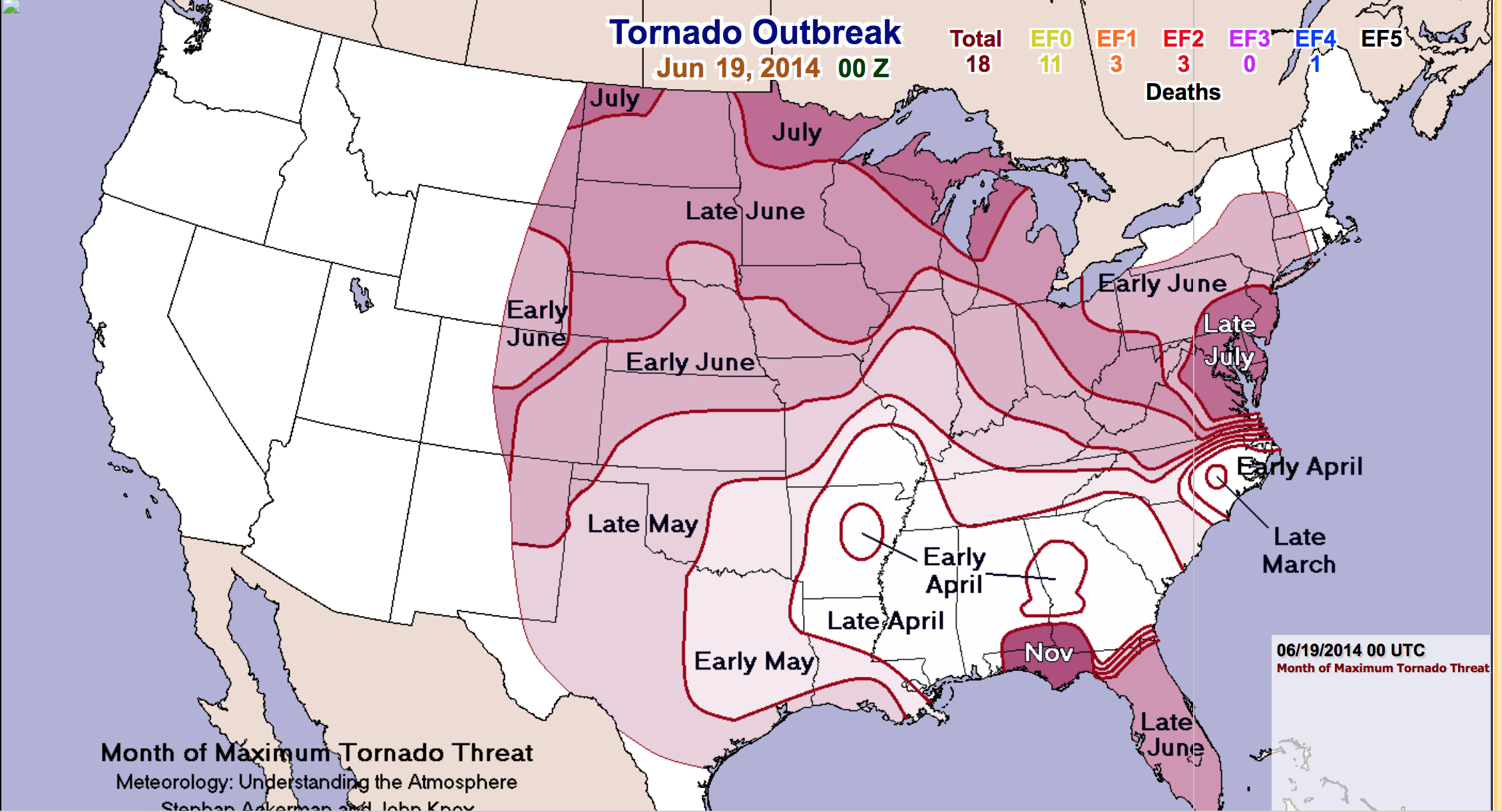 Another neat image I found was a record of F3 to F5 Tornadoes with a Least 25 Mile Tracks (1880 to 2003). Another good way to show tornado alley is concentrated to the Plains and Mississippi Valley (generally between the two mountain ranges of the Rockies and the Appalachians. 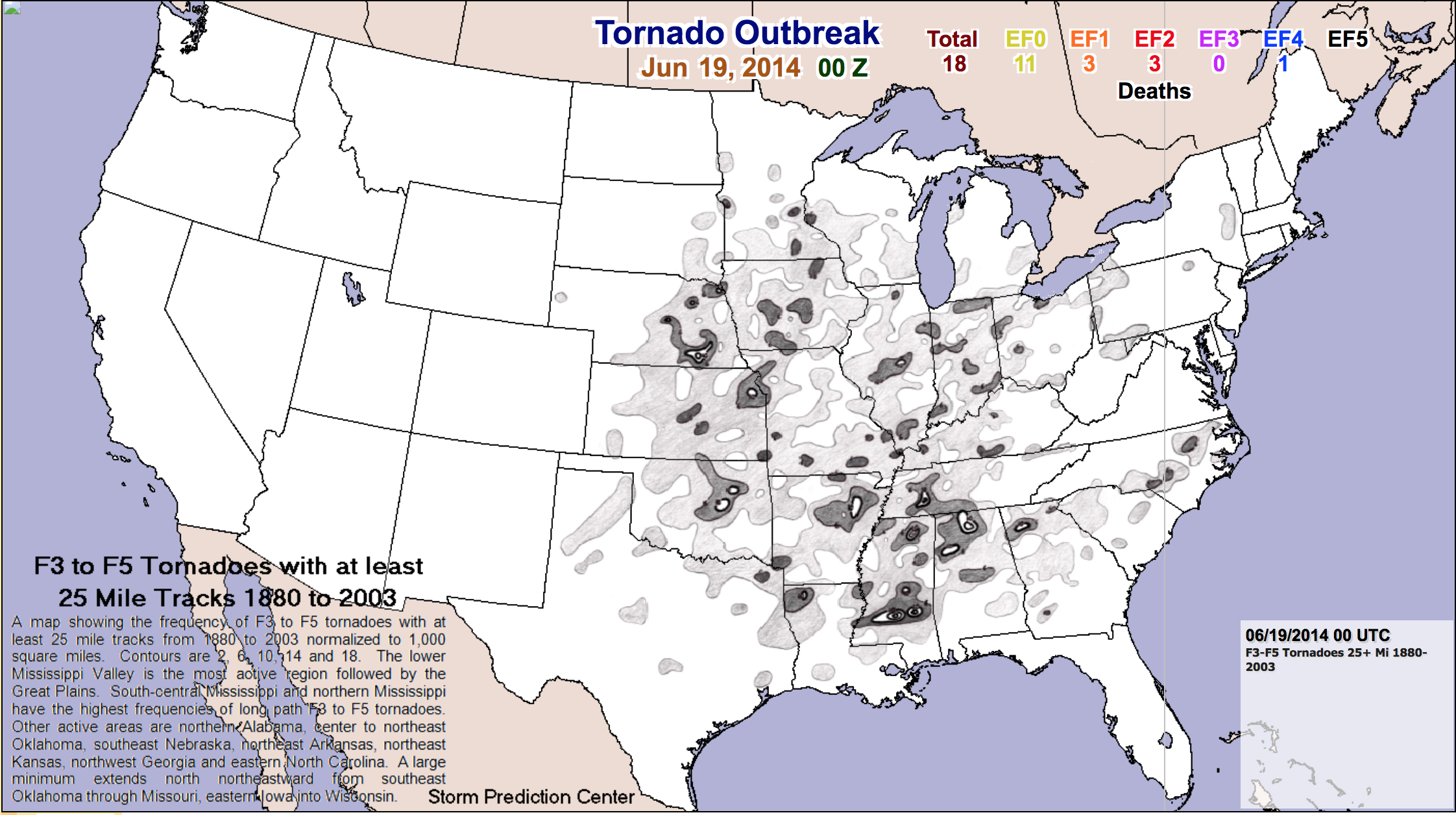 The next image shows Tornado Days Per Year (1950-2011), with the Plains and Mississippi Valley averaging more than 1 tornado day per year. The bullseye over Florida is due to the warm air almost year-round and abundant available moisture allowing for rapid thunderstorm development and intensification. For more information on Florida’s tornado season visit this page. 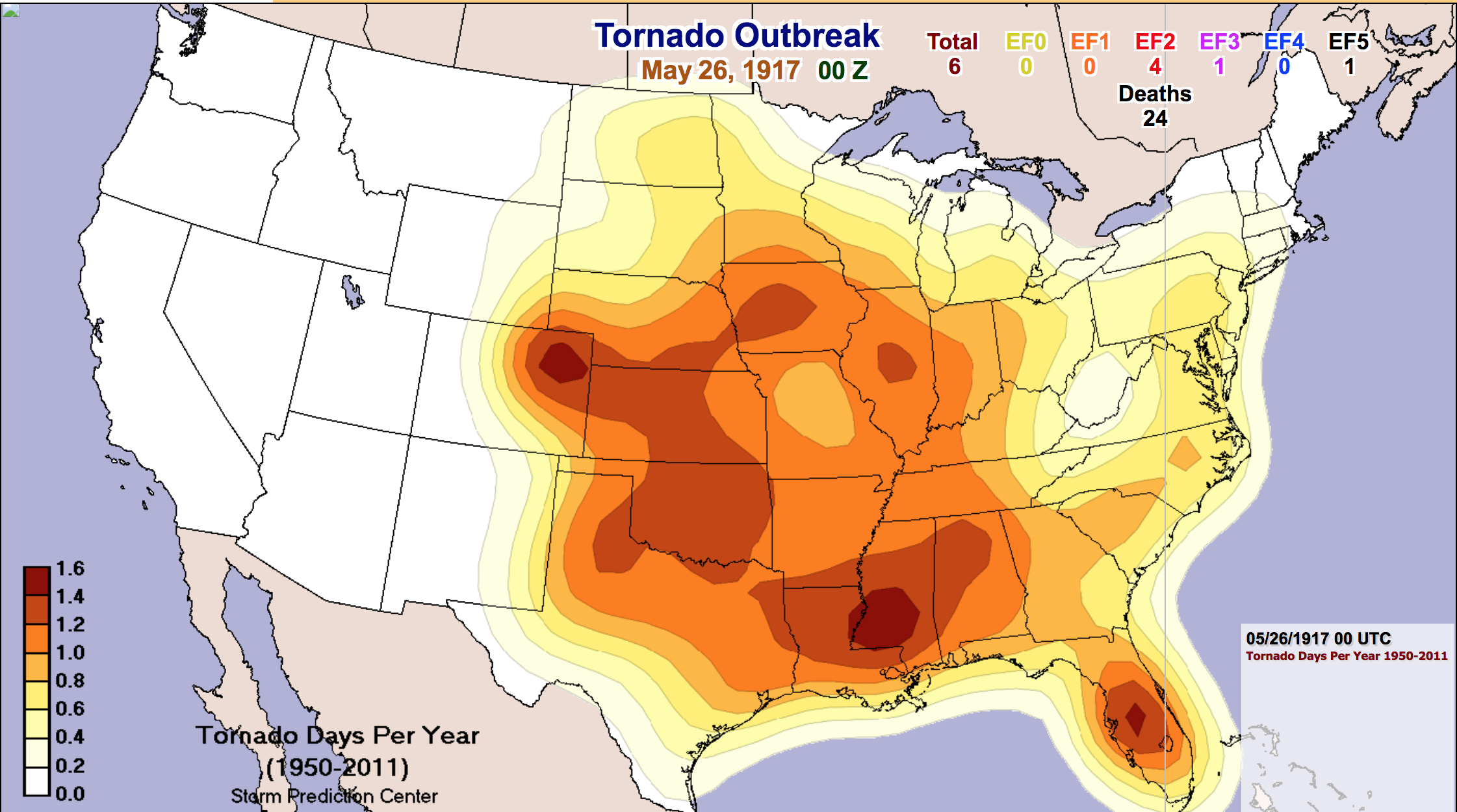 Finally, you can get more great tips and checklists from The Essential Guide to Planning for Severe Weather.