According to the Old Farmer’s Almanac, the first full moon of the year is referred to as the Full Wolf Moon, named in Native American and Colonial times for when the wolves howled outside the villages. But this year, we also have a Supermoon during the Full Wolf Moon! The Moon’s orbit around the Earth is elliptical, meaning it is not perfectly circular. This allows for the Moon to have a point farthest from the Earth (apogee) and closest to the Earth (perigee) while it orbits the Earth. At 9:24 EST on January 1st, 2018 the Moon becomes full, which occurs just 4.5 hours after is reaches perigee, making the Full Wolf Moon, also a Supermoon! During a Supermoon the Moon appears 14% larger and 30% brighter than usual! 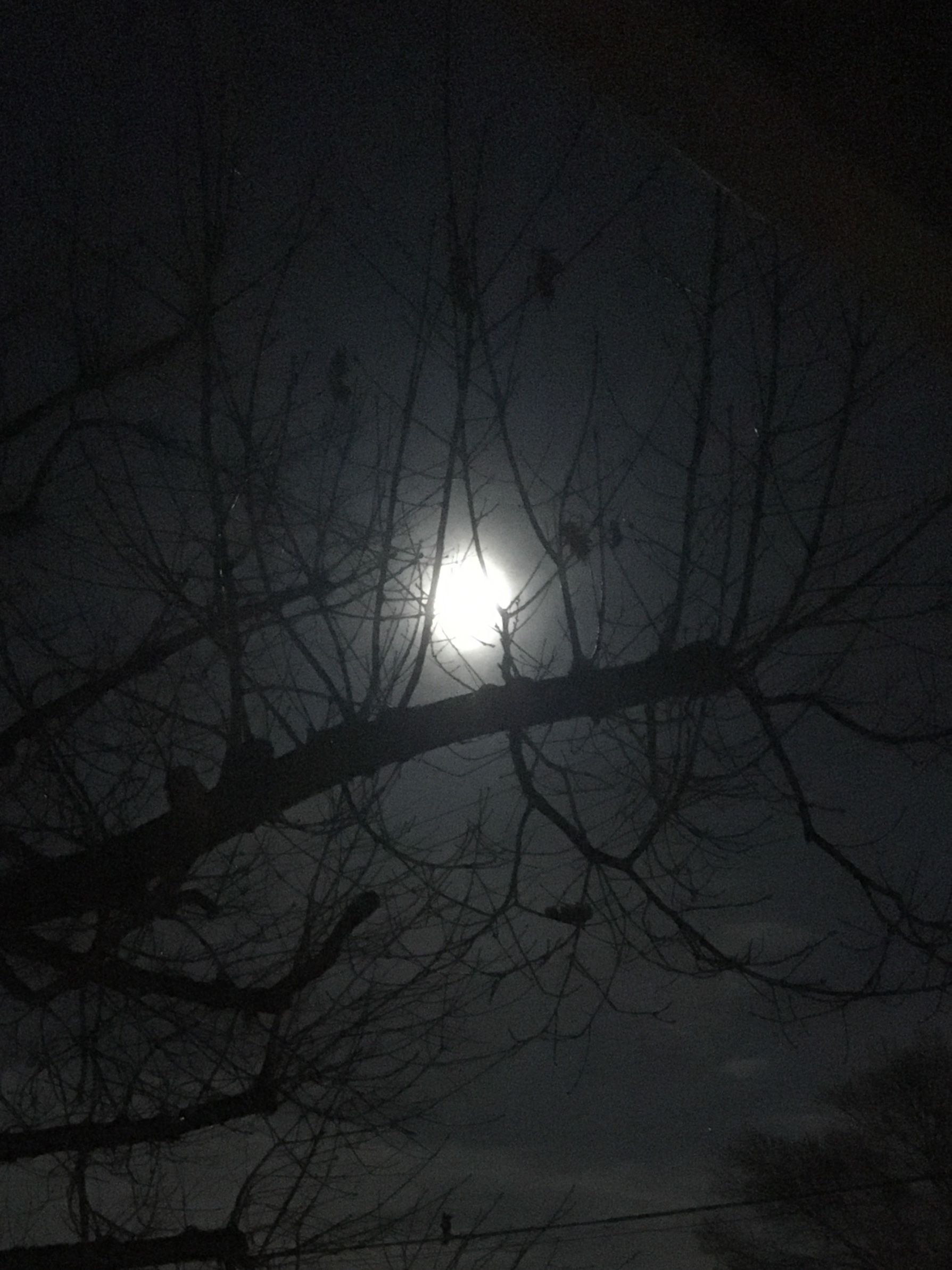 Read more on the Supermoon on space.com

This January is extra special because we have a Blue Moon on January 31st, 2018 at 8:27am. A Blue Moon is defined as the second full moon in one calendar month. What an exciting start to the year!

When the moon rises behind distant objects on the horizon it appears huge in an optical illusion known as the Moon Illusion Effect. When the moon is high in the sky it appears small because there are no objects to compare it to – for scale. Alternatively, when the moon rises on the horizon behind objects on the earth such as trees, houses, or buildings, our brain decides it is farther away than when it is high overhead in the sky. Our brain inflates the moon’s size when it is at the horizon to look the size we think it should be.

To test this: next time you see a huge moon rising on the horizon, roll up a piece of paper into a tube and look through it with one eye. Tape the tube of paper the size of the moon when it is near the horizon. Then later in the night when the moon is high in the sky, take that same tube of paper and look through it with one eye at the moon. You’ll see it is in the same size in the tube! Your brain just made you think it looked huge at the horizon because of the objects in the foreground!