A late-October atmospheric river event brought historic rainfall totals to Northern California that significantly reduced wildfire risk. Through October 24-25, record-breaking rainfall was reported across the region, which surpassed all-time daily rainfall records for many locations. The screenshots below from the National Weather Service official record events show a few examples of the all-time one-day record rainfall totals reported with this event. Sacramento reported 5.44 inches of rainfall on October 24, which was just slightly higher than the previous record of 5.28 inches way back on April 20, 1880. Blue Canyon received 10.40 inches on October 24, smashing the previous record of 9.33 inches on December 22, 1964. And Santa Rosa reported 7.83 inches on October 24, obliterating the prior record of 5.66 inches on February 10, 2019. Fields soaked, canals overflowed, and the water reserves returned, but unfortunately, with the good comes the bad: the resulting power outages, landslides, and flooding wreaked havoc on the state. 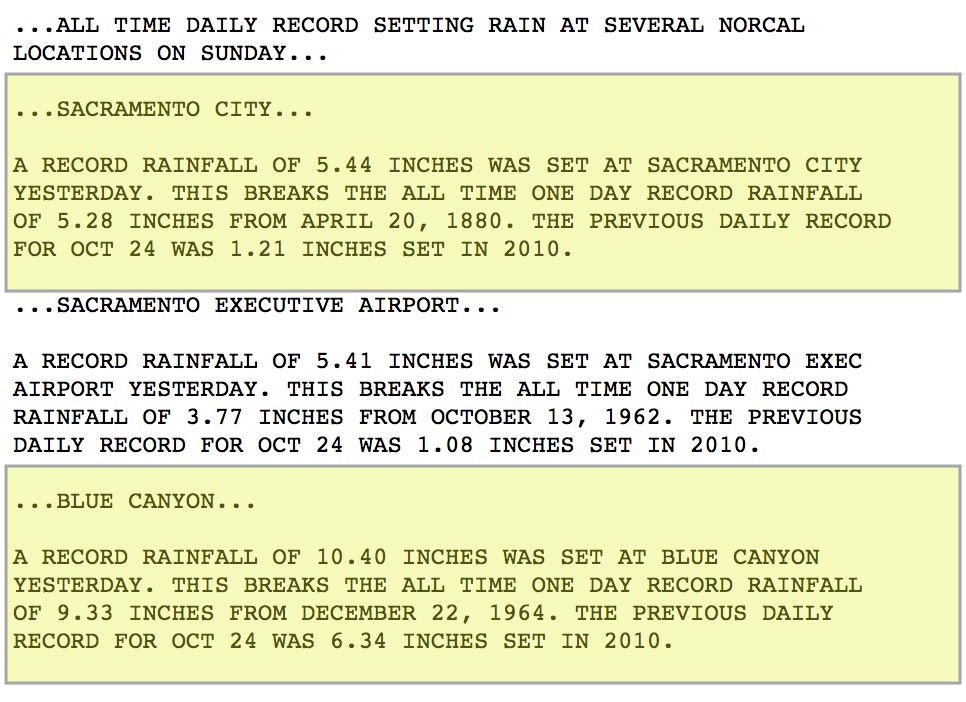 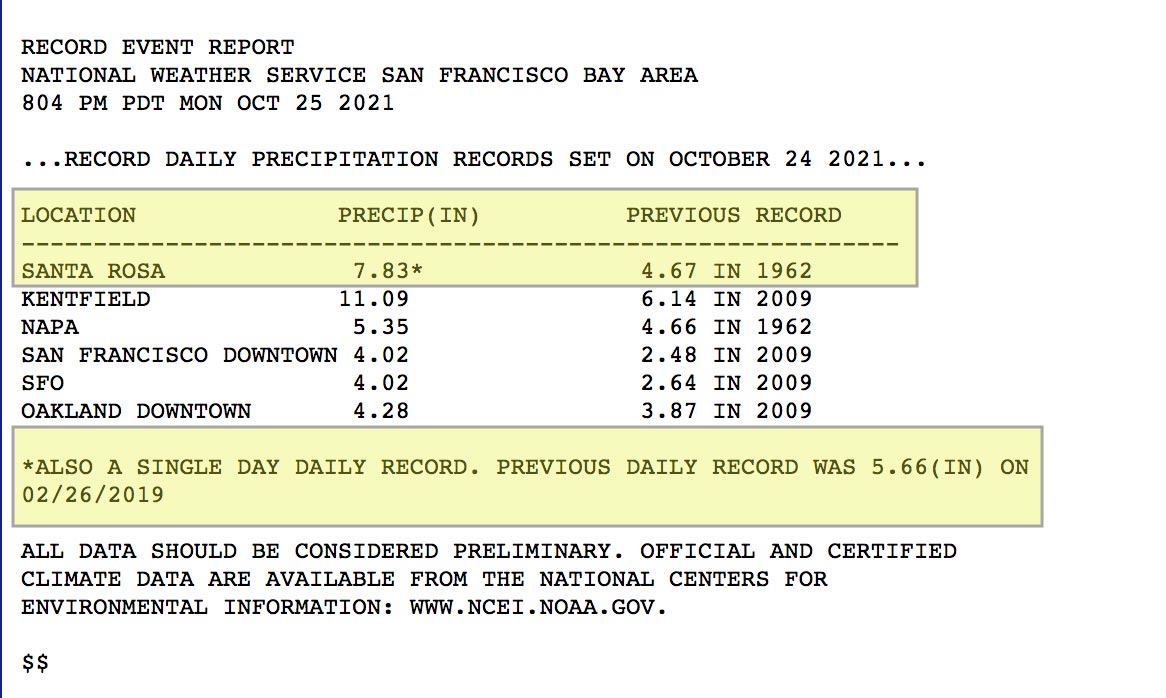 After this historic rainfall event, it is important to check the national drought monitor to understand drought conditions and California fire risk. By comparing the first week in November to the last week in September 2021, we can identify areas of improved drought conditions or those that have seen no change in reduced fire danger. In the chart below, we’ve circled the percent change of most concern here – the regions considered to be under Severe Drought, Extreme Drought, or Exceptional Drought between the two time periods. As you can see with the positive percent change in each of these categories, we’ve seen a combined 10.33% reduction in drought conditions for the nation. When looking at California specifically, we see the California drought reduced by 11.59%! This is a great example of how one huge rainstorm can significantly impact the California drought conditions. 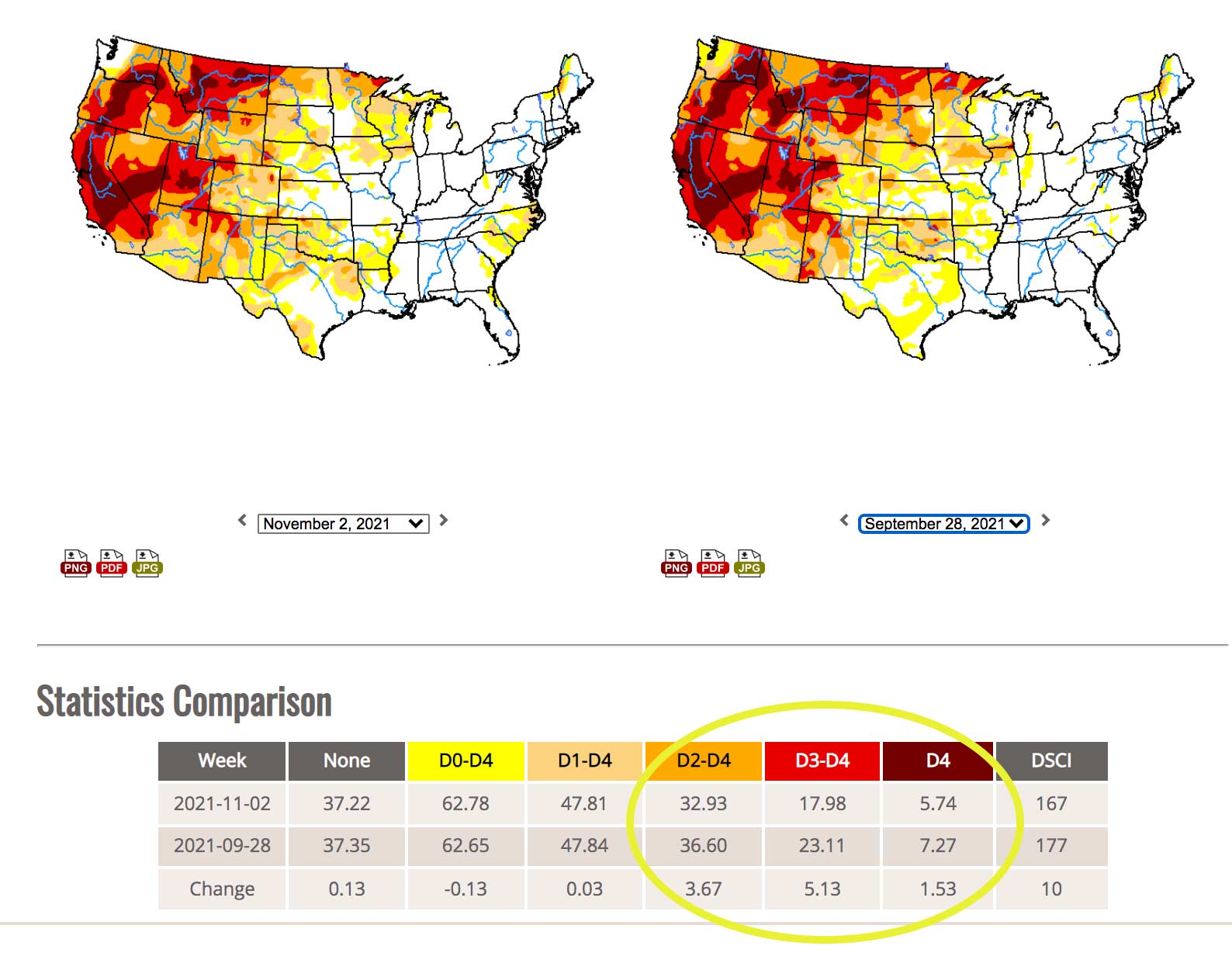 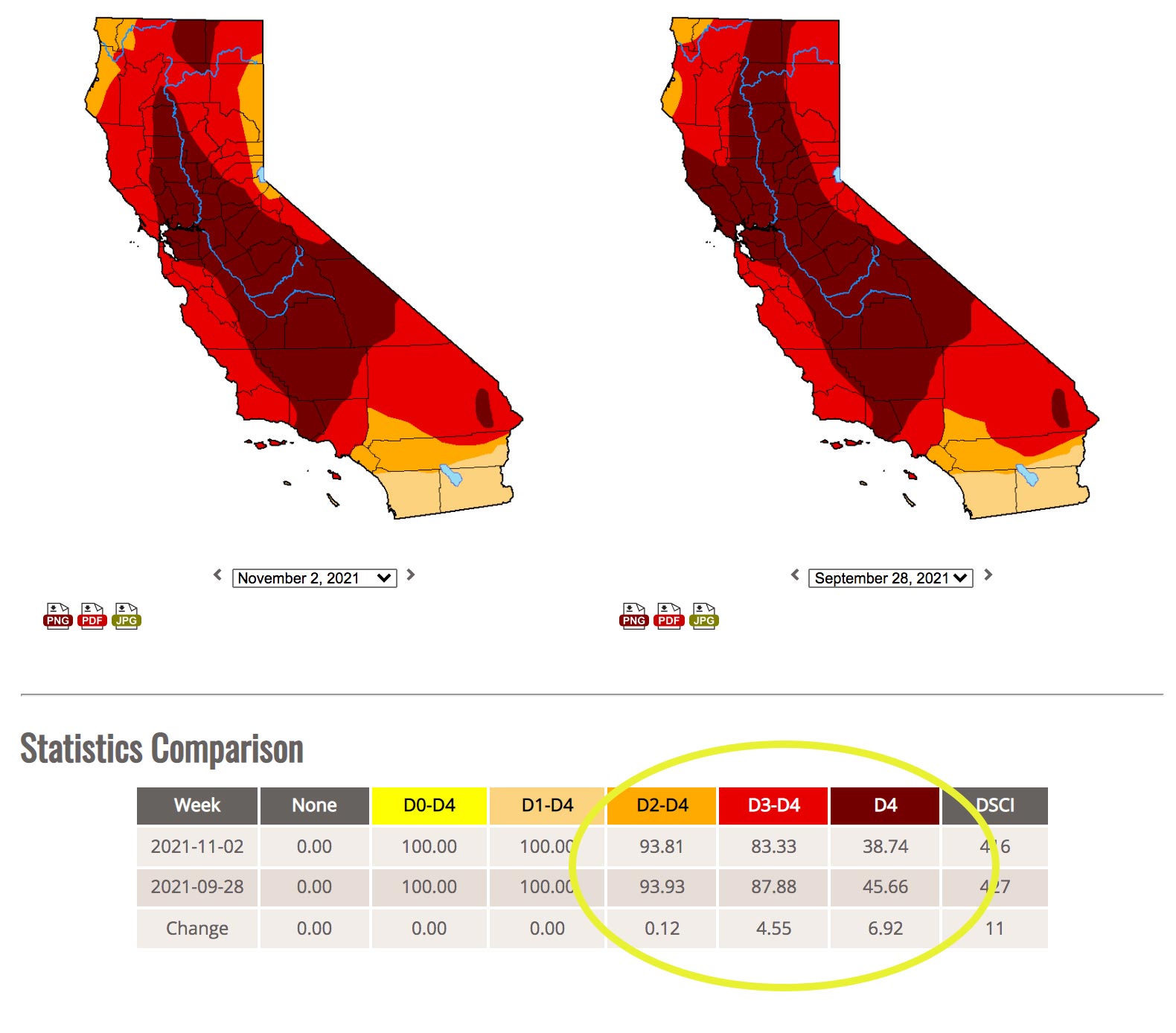 Local Rainfall Reported by My AcuRite

While official rainfall records were smashed throughout the region, my AcuRite Atlas® home weather station also broke our own personal weather station record! As reported by My AcuRite®, we received 3.99 inches of rainfall on October 24, with an October monthly rainfall total of 5.62 inches. With my data reporting to Weather Underground, I can look back for as long as I’ve had the weather station installed and cannot find another October with any significant rainfall. In fact, the closest month comes in as December 2019, with a monthly total of only 2.67 inches! It looks like we smashed a personal monthly rainfall record here!

Meanwhile, fall temperatures for Northern California were extremely mild, with seasonal temperatures decreasing throughout the month. The high temperature for the month reached 98.8 °F (37.1 °C) on October 4, and the chart below shows the obvious decline in high temperatures through the end of October. The fall temperature trend for California, combined with the record rainfall event, was a welcome change to the region with a reduction in wildfire risk, reduced drought conditions, and a much-needed increase to the water reserves for the entire West Coast! We welcome more rain as we head into the winter 2021-2022 rainy season.

Report on the rainfall your weather station received in October. Is anyone reporting from the West Coast that can chime in on their personal record-breaking monthly rainfall totals? Share and discuss your weather data and rain or flooding stories below!