When Is Monsoon Season? Everything You Should Know

When Is Monsoon Season? Everything You Should Know

This article was originally published in August of 2018 but has been updated to include relevant content.


Everyone is familiar with your occasional rainstorm or downpour, but monsoons are far different from that. Let's take a deeper look at monsoons and what causes them.

Contrary to popular belief, monsoons are not actually one storm. The term “monsoon” refers to a seasonal shift in weather pattern and winds for a broad region. While most people generally refer to monsoons as a monsoon storm, the increased humidity and wind shift associated with monsoon season can bring with it a broad array of weather conditions that do not occur at other times throughout the year.

Monsoon Season in the American Southwest occurs when summertime heat ramps up, and increases the chances of afternoon thunderstorm activity for the region. These conditions usually occur when an upper-level ridge of high pressure builds over the Western States, allowing for sunny skies and increasing temperatures. This strong daytime heat creates low pressure at the surface, allowing winds to move in from the Gulf of California and Pacific Ocean. Flow over these bodies of water brings abundant moisture with it, what we call monsoonal moisture!

When Is Monsoon Season?

From torrential downpours, haboobs (yes, that's a real weather term!), and other weather conditions, monsoon season occurs in the Southwest from July through September.

The combination of warm temperatures and monsoonal moisture create some strong and intense, but often short-lived, afternoon thunderstorm activity for the Southwest – from Southern California to the Four Corners region of Arizona, New Mexico, Utah, and Colorado. Stay ahead of severe weather development by upgrading to the top-of-the-line AcuRite Atlas® with Lightning Detection and Direct-to-Wi-Fi Display for monitoring severe weather throughout monsoon season. 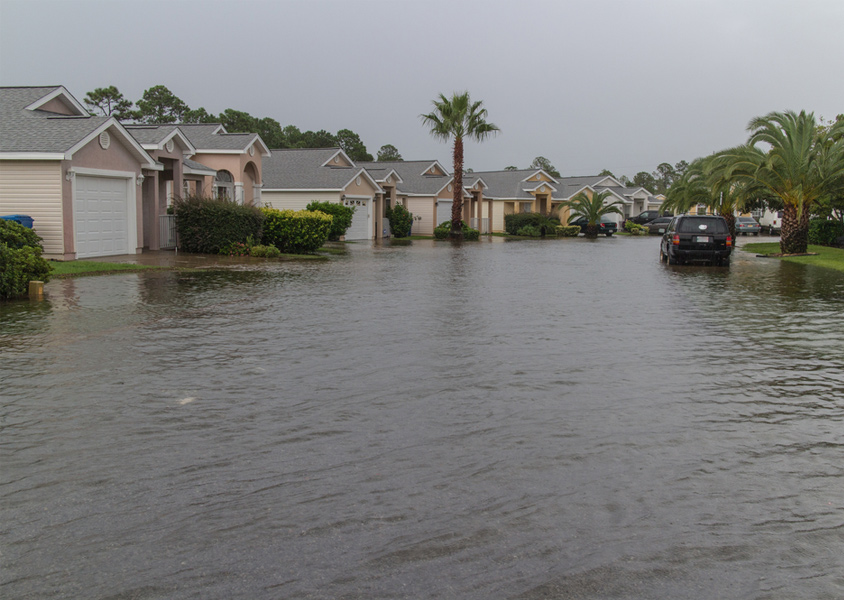 These intense storms create very localized rainfall and are often associated with flash flooding, because the desert ground cannot handle large amounts of rainfall. The rainfall does not easily absorb into the ground but stays on the surface and creates localized areas of flooding. Flash flooding events can become dangerous very quickly, so read up on flood safety before a flooding event and learn how to keep the water from seeping into your home. Keep tabs on your hourly rainfall this monsoon season with a digital rain gauge with a storm alert feature, or learn about more ways to monitor and track your rainfall totals. 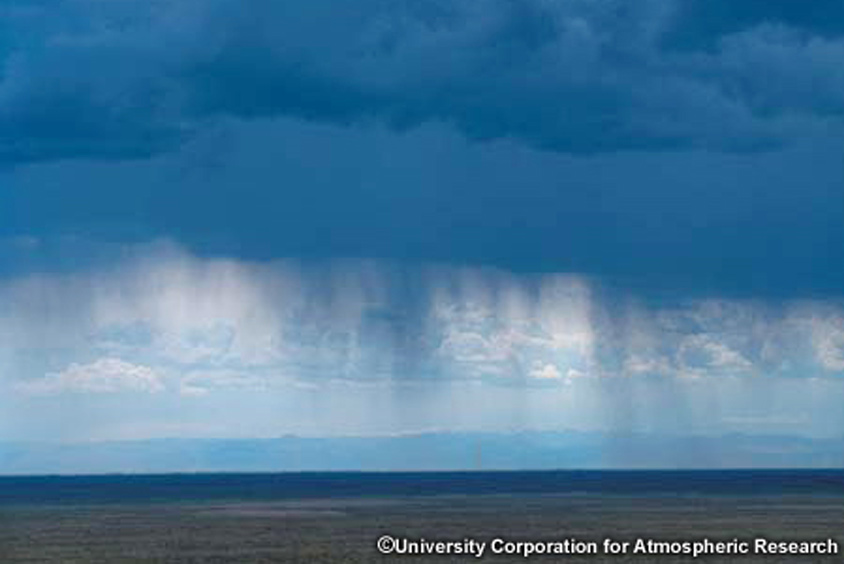 Sometimes the rainfall from these thunderstorms in the Southwest evaporates in the dry desert air before reaching the surface. This phenomenon is called virga, which can create some beautiful scenery. However, it can be potentially dangerous as dry lightning events increase the risk for wildfires. 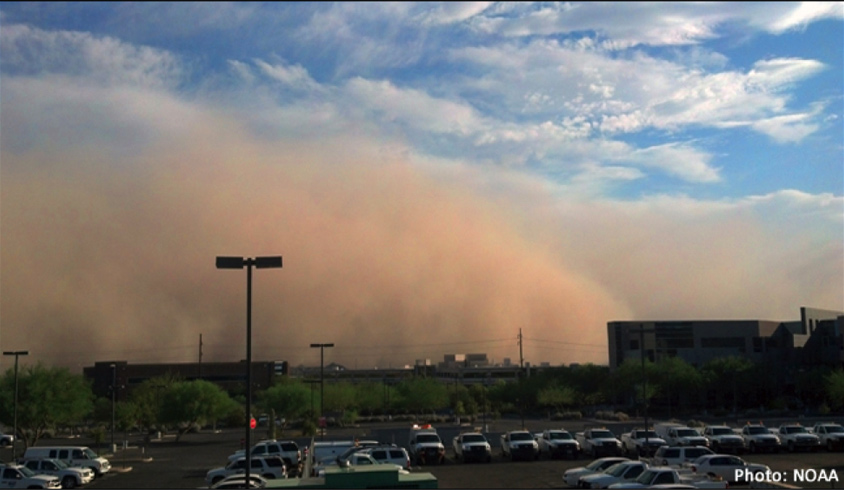 Dust storms (also known hilariously as haboobs) are also associated with the Southwest Monsoon. These massive dust storms can develop from the thunderstorm’s outflow boundary, created when the downburst hits the ground and picks up dirt and dust from the desert. This creates the appearance of a wall of dust ahead of the storm’s motion. Learn how to stay safe during dust storms before you are caught in one and monitor for strong wind speeds at your location with a wireless home weather station.

If you live in an area that experiences monsoons, monitoring a home weather station can help you keep track of seasonal changes that prelude monsoon season, such as higher temperatures and lower pressure.

Have you experienced monsoon storms while visiting the Southwest? Or maybe you’ve lived in the region for years and know how to plan for these storms annually. The AcuRite weather community would love to hear your monsoon stories, please share and discuss in the comments below!