Answering Your Burning Questions About Lightning

Posted in: Weather 101
By Steve LaNore, Certified Broadcast Meteorologist
No comments
More from this author

Answering Your Burning Questions About Lightning

Did you know it’s estimated that lightning strikes the earth about 100 times a second? It’s nothing to mess around with; it’s unpredictable and can arrive completely without warning. Let’s explore what makes lightning tick and the best ways to avoid it.

Some 30 Americans die of lightning strikes every year, and a startling 24,000 people are killed globally. Thousands more survive but suffer various injuries. Here’s how lightning forms, what it does, and tips to keep you safe when it shows up. We’ll also talk about technology to keep you ahead of the storm.

Lightning is a giant spark in the sky. Positive and negative charges tend to form as particles of water and ice collide within the middle of a storm. Positive charges go upward while negative charges move toward the base. Meanwhile, positive charges are also gathering at the ground as they are attracted to the minus charges above the earth’s surface. Air has a very high resistance to electricity, and this means a huge energy imbalance must develop before the air gap is jumped by the current — then, boom! Lightning is born.

How Hot is Lightning?

Lightning is estimated to be 30,000 °F (16,649 °C), at least three times hotter than the sun’s surface. A famous reference to lightning from the movie “Back to the Future” says lightning generates 1.21 gigawatts of energy, and that’s about right. It’s a tremendous surge of electricity and heat:

How Fast is Lightning?

What Happens if Lightning Strikes You?

Lightning brings two threats to the human body: heat and electricity. Studies show the heat from lightning strikes can travel over the skin causing lesser burns as sweat is vaporized. Electrical currents that pass into deeper tissues make circular burns when they leave the body. Lightning survivors often suffer some sort of lifelong damage to nerves in a part of their anatomy.

There’s a myth that people struck by lightning remain electrified. That’s not true. After lightning strikes a person, the current dissipates very quickly, so they are safe to touch. Get the victim medical attention as soon as possible; lighting strike victims may suffer any number of injuries, including heart attacks.

What is “Heat” Lightning?

The flash from a bolt can travel more than 100 miles; at such a distance, the storm producing the lightning may not be visible because of the earth’s curvature, trees, or hills. This may lead a faraway observer to associate the lightning with heat and not a thunderstorm, a contributing factor to the myth that thunder cannot be heard beyond about 10 miles from the bolt that causes it.

There’s an old saying, “lightning never strikes the same place twice.” But lightning bolts can rapid-fire several times at the same target in just a second or two, and especially vulnerable locations like tall buildings get struck many times over the years. 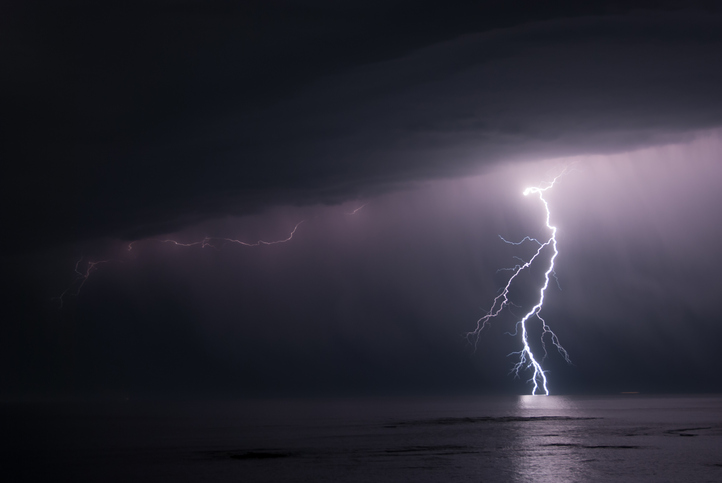 What Happens When Lightning Strikes Water?

Water conducts electricity and there will be a radius of danger many feet from the strike, which can electrocute fish and even affect nearby boats. This is why you should get out of the water immediately whether you’re in a pool, by the beach, or on a boat.

What Happens When Lightning Strikes Sand?

Lightning can literally melt sand; sand is an insulator (glass is made from sand), so the energy only travels a few feet. When lightning hits sand, it can create structures known as fulgurites, which are hollow glass tubes that take on many unusual shapes.

How Can I Protect Myself from Lightning? 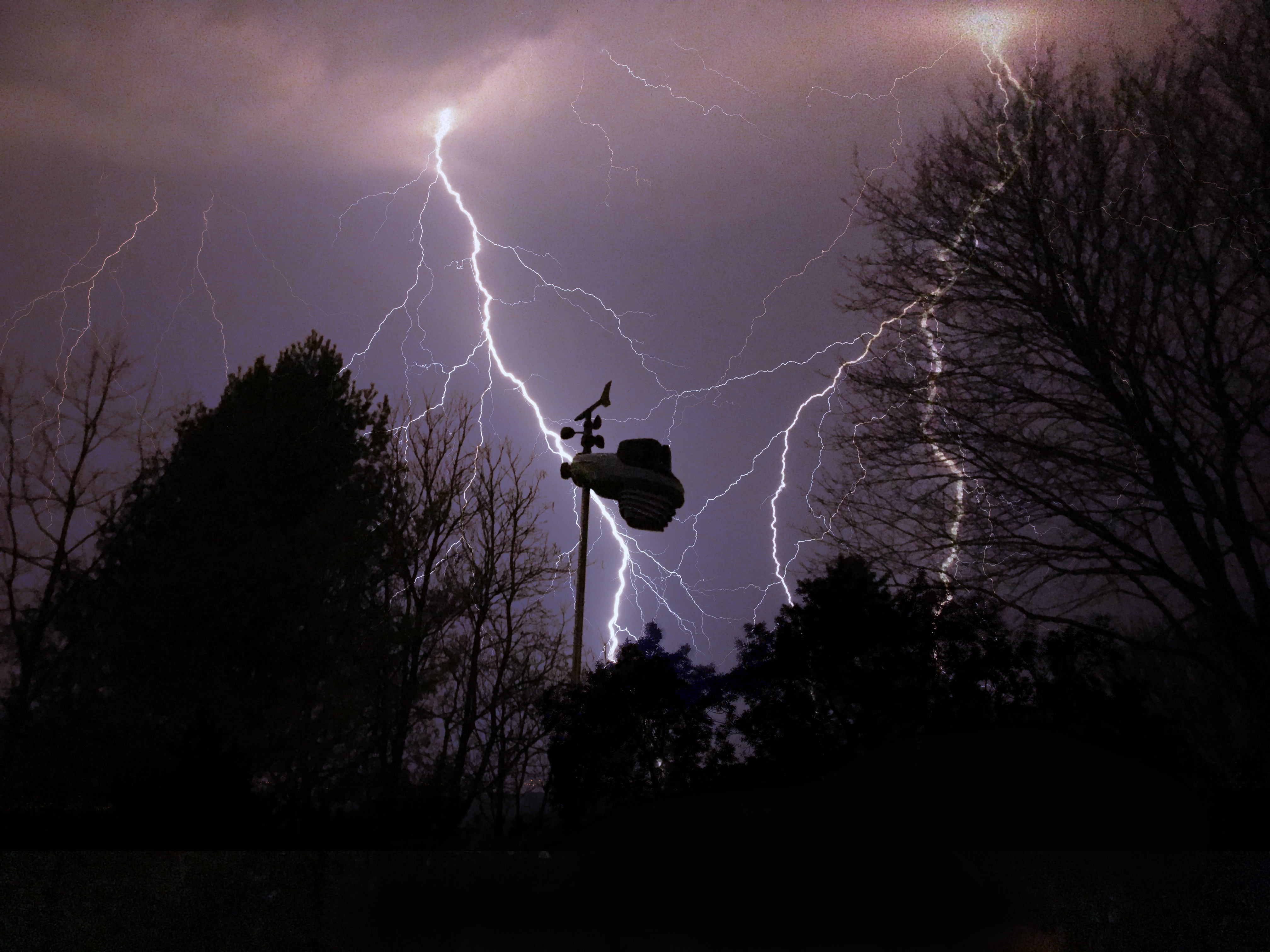 Use Technology for Lightning Awareness

Staying weather-aware is the best way to avoid a surprise storm, but you can still get unlucky when one pops up quickly. You can accurately monitor lightning strikes either at home or on the go with today’s weather sensors, which will show you nearby lightning long before storm warnings are issued. A portable lightning detection device is ideal when you’re on the go. The AcuRite Iris™ and AcuRite Atlas™ home weather stations also offer a robust lightning detection capability that includes lightning warnings for cloud-to-ground and cloud-to-cloud lightning strikes within a 25 mile range, along with visual and audible lightning strike alerts. The units are an excellent investment in your safety.

Do you have an electrifying story about lightning? Share in the comments!


Steve LaNore is a Certified Broadcast Meteorologist with more than 30 years forecasting and technical experience. He has provided meteorological consulting for everything from insurance adjusters to court cases and is a nine-time award winning author and broadcaster. LaNore has authored two books available on Amazon. He resides in north Texas near beautiful Lake Texoma.
January 8, 2021