What Is Acid Rain? Causes and Tips for Pollution Reduction

What Is Acid Rain? Causes and Tips for Pollution Reduction

Although the world first started hearing about acid rain in the 1970s, scientists had observed the phenomenon much earlier. The term was coined by Scottish chemist Robert Angus Smith in 1852. He studied the chemical composition of rainwater in Scotland and deduced that the high acidity of rainwater around Glasgow was caused by emissions emanating from alkali production. His work led the Parliament to pass the Alkali Act of 1863, one of the first formal attempts to control the release of air pollutants into the atmosphere.

It was another hundred years before scientists began researching acid rain more widely by drawing lines between acidic rain and “dead lakes,” dying forests, and contaminated fish. By the mid-1970s, acid rain had become well known among environmentalists and the general public.

What Is Acid Rain?

The briefest definition of acid rain, from the Oxford Dictionary, is “rainfall made sufficiently acidic by atmospheric pollution that it causes environmental harm, typically to forests and lakes.” Normally, “clean rain” has a pH of about 5.6. Acid rain usually has a pH of between 4.2 and 4.4, putting it somewhere between black coffee and vinegar in terms of acidity.

Of course, water doesn't just decide to change its pH to become more acidic. If you know about the water cycle and how thunderstorms develop, you know that rain is water that has evaporated from the surface and risen through the atmosphere in gaseous form. High in the atmosphere, it condenses until it forms water droplets, which fall back to the surface. In areas where there is a lot of pollution, the rain droplets dissolve the chemicals in the air — notably sulfur dioxide (SO2) and nitrous oxides (NOX) — and form nitric acid and sulfuric acid pH of the rainwater. In other words, the rain pulls the pollution out of the air as it falls, bringing it down to the ground and water surfaces.

While some geographic areas, particularly those close to major urban and industrial centers, suffer the most from acid rain, the damage isn’t limited to those areas. Wind and air currents carry suspended acids long distances, which is why forests and rural areas also suffer damage from acid rain.

Acid rain has multiple contributors. Some are natural, such as volcanic eruptions, but most are the result of human activity. Those include emissions from fossil fuel combustion, such as electricity generation and motor vehicles. According to the Environmental Protection Agency, the primary sources of acid rain are: 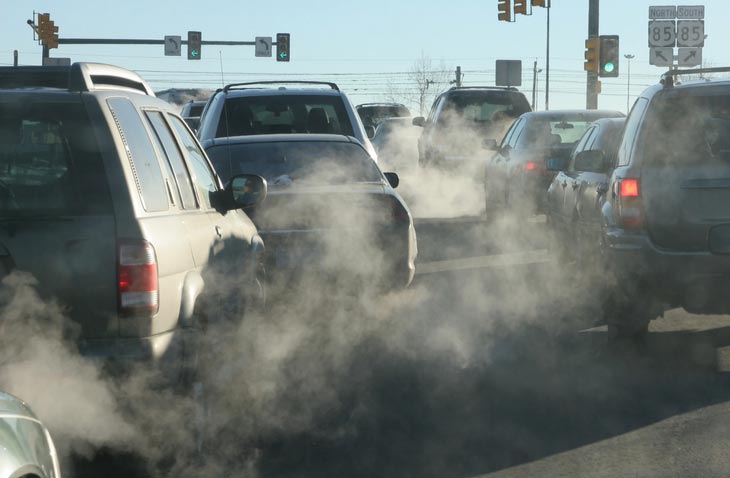 What Impact Does Acid Rain Have on Environmental and Human Health?

When acid rain falls, it deposits the acid it carries onto the surface. The rain then soaks into the ground and is absorbed into bodies of water, which increases the acidity of the groundwater and soil. The higher acid levels have damaging effects in many areas and ecosystems.

It’s also important to know that acids dissolved in the atmosphere can be deposited on the surface even if it doesn't rain. Acid fog has been suspected of worsening respiratory problems, and even in dry conditions, atmospheric acids can be deposited in the ground, vegetation, bodies of water, and buildings.

Aquatic species thrive at certain pH levels. Acid rain can lower the pH levels of lakes, ponds, and other surface water enough to kill off fish, shellfish, algae, and different types of life that are vital to the food chain in those waters. According to the EPA, most fish eggs will not hatch at pH levels below 5, and lower pH levels can kill adult fish.

Acid rain dissolves and eliminates nutrients in the soil, such as calcium, that plants need for healthy development. It also releases aluminum, which can weaken and kill plant roots. In addition, the reduction of calcium in the soil can weaken insects, snails, and other invertebrates that rely on it for shell production. The reduction of those organisms in the ground contributes to a general weakening of the ecosystem and lessens the biodiversity that supports life.

Buildings and Other Structures

Acid deposits on stone and metal buildings, bridges, statues, and other structures corrode and weaken the materials. The damage can be more than cosmetic: when the historic Notre Dame Cathedral burned in 2019, many noted that it was already suffering the effects of centuries of acid rain, which had dissolved the faces and heads of many gargoyles.

While acid rain won’t corrode your skin, it does have effects on overall human health. As already noted, scientists believe that atmospheric acid can worsen symptoms of asthma and other respiratory ailments. The fine particles of nitrate and sulfate left by acid rain may also increase heart attacks in people with heart disease risk. Building corrosion can also cause lead poisoning in occupants that work or live inside. In cities, for example, the soil is often so contaminated with lead from old paint and traffic fumes that it’s not safe for growing food, and acidic water carried through old lead pipes is a known cause of lead poisoning.

What We’re Doing About Acid Rain

By far, the most effective actions to decrease acid rain have been reducing and controlling emissions from fossil fuels. In the U.S., the Clean Air Act of 1970 and amendments in 1977 and 1990 imposed strong standards to help reduce the emission of air pollutants that cause acid rain. In the 2000s, further legislation tightened restrictions and established regulatory frameworks that encourage industries — such as the automobile and energy industries — to reduce those emissions even further. Other countries followed similar paths, and there have been global initiatives to address both acid rain and climate change, which are inextricably linked to the same causes.

Thanks to government policies’ monitoring and regulatory effects, the prevalence of acid rain has greatly declined since the 1970s, but there’s still a long way to go. Recovery of soil, forests, and waterways will require far deeper reductions in fossil fuel emissions worldwide.

How You Can Help Reduce Acid Rain

There are several things that individuals can do to decrease acid rainfall:

While acid rain isn’t drawing quite the buzz and attention it used to — and there have definitely been improvements — it continues to be an issue. Governments are at work on reducing emissions and improving standards worldwide, but you can do your bit by making your home and your life as energy-efficient as possible. In the process, you'll be providing a healthier, more comfortable environment for yourself, your family, and the world.