What Is A Derecho? 4 Tips To Stay Safe During Severe Windstorms

What Is A Derecho? 4 Tips To Stay Safe During Severe Windstorms

On June 29, 2012, a massive windstorm hit the central and eastern U.S., causing widespread damage from Iowa to the mid-Atlantic coast, taking 22 lives. In the day or two before the storm, cable weather networks were introducing the public to a new word — the derecho, pronounced deh-RAY-cho. While the term may have been familiar to people living in the Midwest, most of the country had never heard of this type of storm, which often combines high winds with pelting rain and lightning strikes. Derechos have a lot in common with tornadoes and hurricanes, but they have distinct characteristics that separate them from other types of catastrophic weather.

What Is a Derecho?

Meteorologists define a derecho as a widespread, long-lived windstorm associated with a band of rapidly moving showers or thunderstorms. That spare definition doesn't begin to describe the violence and sheer destructiveness of this type of massive storm. The term comes from the Spanish word derecho, meaning straight ahead or in a straight line, which describes how the storm winds travel.

The word was first used in 1888 by Dr. Gustavus Hinrichs, a professor of physics at the University of Iowa, to differentiate the straight-line winds produced by thunderstorms from the rotating winds of a tornado. It was popular for a while in the late 1800s, then disappeared from use for nearly 100 years before meteorologists Robert Johns and William Hirt used it in a 1987 paper titled, descriptively, Derechos: Widespread Convectively Induced Windstorms.

Characteristics of a Derecho

To be classified as a derecho, a swath of storms must travel at least 250 miles and have wind gusts of at least 58 mph along most of its length, though wind speeds may exceed 100 mph in a strong derecho — some storms have recorded wind speeds as high as 130 mph.

How a Derecho Forms

As a thunderstorm develops, the rain falls from the upper atmosphere, creating downdrafts — columns of cool air that sink rapidly to the ground. When a downdraft hits the ground, it creates a downburst — a horizontal wind event caused by the downdrafts in a thunderstorm. Downbursts can bring more dry air into the storm, creating stronger downbursts or clusters of downbursts. Small downbursts — about 2.5 miles wide — are called microbursts. Strong gusts of wind within microbursts — 50 to 150 yards across — are called burst swaths.

As the storm grows, the stronger, faster winds at the center of the storm propel the storm, creating bow echoes, named because they're shaped like an archer's bow. These winds drag the storm across the landscape at high speeds in a relatively straight line, though derechos have been known to take sharp right or left turns.

A typical derecho consists of many downburst clusters, each of them created from smaller downbursts, microbursts, and burst swaths. It may have a single bow echo or several, and the bow echoes may consist of a single storm or several adjacent storms. 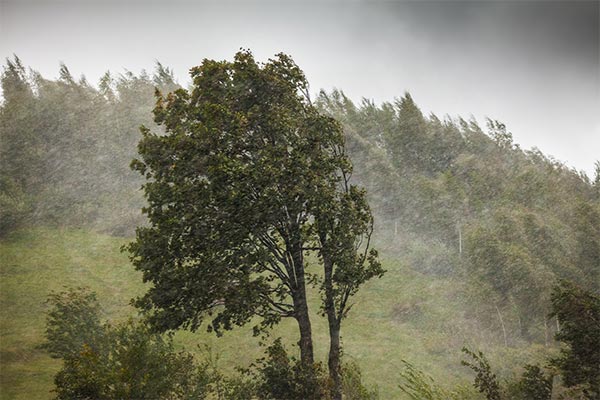 Derechos present all the hazards of high wind events, including hurricanes and tornadoes, but they can be even more deadly. According to the National Weather Service, derechos cause more fatalities than EF0 and EF1 tornadoes combined. Those outdoors are at risk from falling trees and other objects. The high winds can overturn boats and cars or blow vans or trucks off the road. People may be injured or killed by collapsing or flying debris. People indoors may be injured when buildings collapse or when the winds blow trees and debris through windows, causing flying glass or structural damage.

In addition, derechos can take down electrical lines, resulting in long-lasting power outages and danger from fallen live wires. Some derechos are also associated with flash floods.

How Common Are Derechos?

Derechos are a relatively rare phenomenon, but they do occur with some regularity across the Midwest and mid-Atlantic coast. The Plains region experiences about one derecho a year, while those living closer to the coast and the upper Great Lakes regions may see a derecho every 3 to 4 years. Most derechos happen in the late spring and early summer, with 75% occurring between April and August. They are most common during May (22%), June (21%), and July (20%). Derechos are more likely to happen in the late afternoon or early evening and may be associated with heatwaves.

4 Tips to Stay Safe During a Derecho

Unlike tornadoes and hurricanes, the NWS doesn't issue "derecho warnings" because they are, by their definition, wind events caused by severe thunderstorms. If a derecho is approaching your location, the NWS will issue a severe thunderstorm warning. Of course, not all severe thunderstorms will develop into derechos, but that possibility exists, particularly if you're in the areas where they are most common. There are steps you can take to protect yourself, your property, and your family from a derecho. 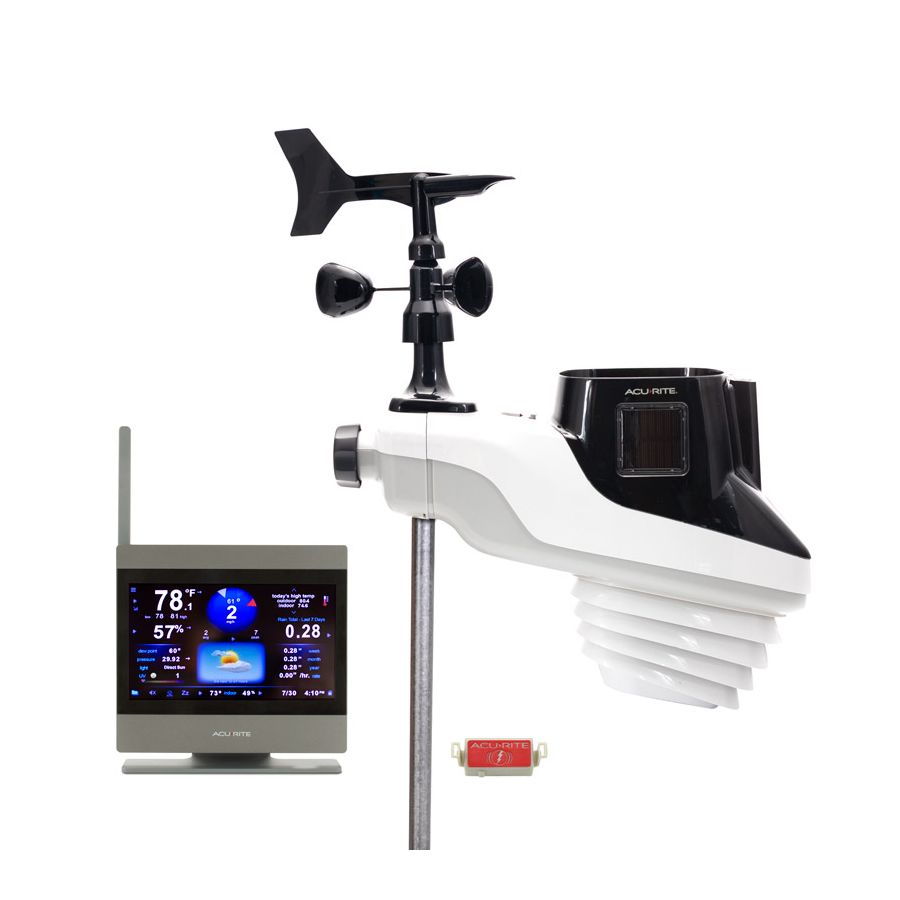 Have you identified sudden pressure drops, shifting or increasing winds, and lightning with your personal weather station during an approaching storm? Share your severe weather stories in the comments below!